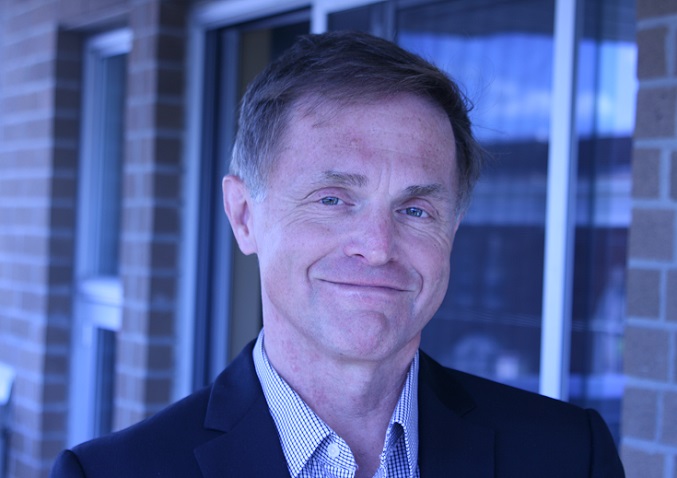 You’ve seen the news. You have read the articles. E-cigs are in the spotlight. But, much of the news is hyperbole with little scientific context. And, this is really something we have written extensively about. There are tons of opinion pieces on e-cigs. But, if you look at the big picture, does this truly matter? Of course it shouldn’t, because they are after all “opinion” pieces. However, people get caught up in the hype and tend to use these pieces as fact when this couldn’t be further from the truth.

Here at E Cigarette Reviews UK, we wanted to gather information from a professor who’s knowledgeable in the e-cigarette field. We recently reached out to esteemed professor David Sweanor, who is also a notable public health advocate. He has been interviewed on various sites across several continents, specifically in regard to e cigs and relative risk. Let’s see what he has to say.

Tell us a little bit about yourself and your background, David.

I have worked since the early 1980s on public health efforts, specializing in tobacco issues and focusing on how policy measures can impact population health.

I played a key role in Canadian efforts on, among other things, tobacco taxation, advertising restrictions, package labelling, environmental tobacco smoke, smoking cessation, litigation and product regulation. I was also active on a similar range of global issues, working with bodies such as the World Health Organization, World Bank, Pan American Health Organization and numerous governments, foundations and law firms.

In pursuing my interest in the interaction of law and economics as a determinant of public health, I have spent much time in recent years on the changing landscape of harm reduction products. This involves recognizing that there is a vast difference in risks associated with nicotine intake depending upon the delivery system, and that harm reduction principles have enormous potential to end the epidemic of smoking-caused death and disease.

My work has been widely published in peer-reviewed scientific and legal journals and I have also authored work for major national and international health and social service organizations. I’ve spoken at conferences in numerous cities around the world, been a frequent guest on major media in Canada and other countries and testified before parliamentary committees in Canada and elsewhere, and before both Senate and House committees in the United States. I’ve received various awards for my work, including a ‘Public Health Hero’ lifetime achievement award from the Pan-American Health Organization.

In addition, I’ve been actively involved in a wide range of other issues though extensive (and typically anonymous) funding and mentoring and I have received recognition for such philanthropic activity.

How did you get into becoming an advocate of e cigarettes?

Cigarette smoking kills an extraordinary number of people. The reason for this is in the category of ‘bloody obvious, but tragically ignored’: the fact that people smoke for the nicotine but die from the smoke. If we simply changed to a massively safer delivery system, something evidently welcomed by a huge proportion of current smokers, we could essentially end the epidemic.

We know that abstinence-only campaigns on nicotine use are terribly flawed due to running into the brick walls of consumer choice, addiction and the role of nicotine in helping people deal with a ride range of conditions and circumstances.

It is consumers who have led the way on vaping in place of smoking. We can see how the enormous potential for innovation, combined with policies that facilitate marketplace transformation, can deliver a public health breakthrough of historic significance. We have seen this process play out numerous times. Such as sanitary sewers saving us from cholera epidemics, the way refrigeration vastly reduced stomach cancer, and in the way science based pharmaceuticals displaced much of the snake oil medicine trade. Now the same consumer and business dynamics are in play with alternative nicotine products.

I think the better question is how could a true public health advocate NOT want to get involved and help shape such a life enhancing transformation?

Why do you think governments or regulatory agencies worldwide aren’t listening to Public Health England, a (UK) government funded body themselves, who stated that e-cigarettes are 95% safer than tobacco cigarettes?

There is an avalanche of misinformation. Much of it from the United States, where the goal of even otherwise credible and scientific government bodies is a ‘Tobacco Free America’ rather than the pragmatic reduction in death and disease. The War on Nicotine has all the hallmarks, and virtual guarantee of failure, of the ‘Drug Free America’ campaign or the former goal of an ‘Alcohol Free America’. Or, indeed, abstinence-only approaches to sex before marriage.

Much of the resulting body of work coming from this absolutist agenda highlights risks, to the exclusion of the benefits, of vaping. It also typically does not put supposed vaping risks into context. There is usually no determination of whether any supposed risk is actually a risk to vapers under normal conditions of use, or how the risk compares to that of cigarette smoking. In short, it is more likely to deceive than to inform. That deception is furthered by the fact that scare stories are great fodder for media.

The result is that regulatory agencies, which are typically risk averse by nature, are inundated with scare stories. Giving them a basis for focusing on their typical risk aversion to the exclusion of public health benefits.

The UK has a long history, including on alcohol, sex education and drugs, of being far more pragmatic.

If e cigs are scientifically proven to be less harmful than tobacco, why do you think some countries are banning e cigs altogether? Cigarettes are still legal, you know.

I think this is part of ‘The War on Nicotine’ problem. As with ‘The War on Drugs,’ all nicotine use is seen as problematic, and equally ‘sinful.’ Within such a world view destroying any form of nicotine is a victory, regardless of the result being that more people will use a massively deadlier product. Those with an interest in the history of such things might want to read about Jamaican Ginger (a.k.a., Jamaican Jake) during Prohibition. Or look at how the War on Drugs has led to more hazardous drug use.

E cigs are about harm reduction and would certainly drastically improve public health. You yourself are a proponent of harm reduction. Why do you believe it’s so hard for the FDA and other bodies to grasp reality (i.e. that harm reduction is more realistic than quitting ‘cold turkey’)? Is this blatant disregard or naiveté or something else?

I think it is a combination of an absolutist ‘dragon slayer’ mentality when dealing with all nicotine products, combined with a reluctance to confront perceived powerful abstinence-only advocates, and the endemic risk aversion of regulatory agencies.

But in this case, they are also hamstrung by legislation that is very protective of the cigarette business by making it very difficult for lower risk alternatives to be effectively marketed. Remember, Altria (then merely a cigarette company with over half the US market) was one of the driving forces behind passage of the FDA law. The FDA would have to be very creative to be able to pursue a harm reduction strategy, and creativity is not a common trait of large bureaucracies.

Do you believe we’ll see definitive evidence for (or against) e cigarettes within the next five years?

The evidence is there, as shown in the detailed reports of The Royal College of Physicians and Public Health England. There is also a wealth of information at sources such as clivebates.com. There is a question about when we will have definitive proof and widespread acceptance of the precise relative risks. But clearly we already have more than a sufficient condition for action. Can you imagine having a new medical procedure that the most credible scientists tell us reduces patient risk by roughly 95% and medical regulators saying we should not let it replace the current procedure until we find out if it might be 98 or 99% less hazardous? Or how about those regulators trying to ban the new procedure and prevent any advances in that technology because it still might have risks?

The bigger question to me is when will we get past the ideological barriers to accepting that we have not only a massively less hazardous alternative to cigarettes, but a viable roadmap to a broader range of ever-better products that can rapidly end the scourge of smoking-caused disease. With sensible policies in place the current e-cigs are only a first step. Just as the (sensible) 1938 FDA law, by working with market forces, led to a situation that within a dozen years roughly 90% of pharmaceutical products on the market were things that had not existed when the law was passed. We could replicate that success, and with modern communication and supportive regulatory policies could likely do it much faster. We could open the market for other innovative products to replace cigarettes.

If there was one message you’d like to get out there to pro and anti-vapers, what would it be?

If we are to win the battle against the epidemic of smoking caused diseases, we need an outbreak of two other endemic conditions. Those of rationality and pragmatism. With those, we can rapidly achieve a public health and consumer rights breakthrough. We can do it at no cost to taxpayers. We can end the catastrophe of the inhalation of smoke to obtain nicotine. If we apply that rationality and pragmatism more broadly, we can also resolve a great many of the other problems plaguing mankind.

Sign Up for Our Newsletter
© 2014-2021 E-cigarettereviewsuk.co.uk. All Rights Reserved.