It’s always nice to see a local company getting into the fray when it comes to box mods. With the Edinburgh-based JacVapour, we know we’re going to get a quality product. That’s been our experience in the past, like the groundbreaking tilt design of their Series-B. With the Series S22, JacVapour is trying to break barriers again, and bring an entirely new vaping audience into the box mod arena. Will it work? Let’s see if we can find out.

The entire idea of this vape mod is to make it really easy for e-cigarette users to switch over to the more powerful vape mod sector. In as such, JacVapour went with a design that is as close to a large e-cigarette as possible. There is almost no circumference difference between the mod and the included S22 tank, and the whole thing fits into the palm of your hand quite easily. It also has a built in 2600mah battery, so again it more resembles an e-cig.

On the build side of things, we get what we expect from a JacVapour product and that’s top-notch quality. Produced by engineers in the UK, it has a certain feel about it that you don’t get with products produced in the east. It is incredibly sleek and minimalistic, with a smooth yet not slippery texture. The fire button is a good size for your trigger finger and responds well. It’s also the only real button on the Series S22, adding to the minimalism.

Remember, this is a product meant for those relatively new to box mods. As such, you aren’t dealing with wattage levels or temperatures. Simply turn it on and go. Despite the little play you have with it, there doesn’t seem to be any lacking in terms of performance. The included 1.0ohm coil is meant for mouth to lung vaping, and it does that perfectly by mimicking a drag on a cigarette. You’ll get a great throat hit and more than average flavour performance from the S22 tank that comes in the kit, albeit not a lot of vapour with the coil.

However, the Series S22 lets newer box mod vapers try their hand at sub ohm direct to lung vaping too. That’s the great part of this whole setup. You can purchase a 0.5ohm coil and that will get you plenty more vapour, as you would expect from a vape mod. You won’t be chasing clouds with it, but it’ll satisfy even more seasoned box mod vapers. Suffice to say, it was a pleasant surprise.

This section will be briefer than usual, due to the whole concept behind the Series S22. Again, this is a break-in type of box mod for those who use e-cigarettes, so nobody wants to confuse them with a whole set of features they won’t even understand let alone use. There isn’t even a screen on this thing! Mind you, this is not a bad thing per se. We actually really took to the no thinking approach, which is really groundbreaking on its own for this category.

What we can say about the features set is more from the hardware side. This includes the an integrated battery that more than holds its own. It is beginner friendly with a small size and minimalist approach. Sure, we said this in the design/build section, but in this case we also consider it a feature considering the audience the Series S22 is after.

Here’s where JacVapour’s Series S22 really shines. You screw on your tank, you add e-liquid, and you vape. It’s as simple as that. At most, you change a coil – especially if you’re a direct to lung vaper. With a long lasting battery (although it did not last the entire day for us, as they claim it will), and a spare bottle of e-liquid, you’re set to leave the house.

The S22 tank is the overlooked contributor here, as it really does create some quality vapes. It’s also very easy to use. It’s a top fill design, which adds to the convenience. You simply screw off the drip tip and pour your e-liquid into the area around the center chimney. We do like designs that let you push aside the drip tip rather than completely unscrew it, but it’s still very easy so we’re parsing hairs here in complaining.

The best place to get one of these is from JacVapour themselves, where they have a great low price of £34.99. For more veteran box mod vapers, that will seem a lot for a device without features they are used to. But as an entry point into vape mods, it’s a very good price. Plus, JacVapour offers a no quibble 14 days return policy that can’t be beat.

We have to commend JavVapour for this different approach to box mods. For some purists, a mod with little in terms of settings and a mouth to lung coil is heresy. Yet, it opens the door to so many vapers who don’t realize how vape mods can improve their experience. Even with that angle, the Series S22 isn’t some type of gimmick. It was able to crank out performance more than we would have expected, showing JacVapour didn’t skimp on power either.

This box mod is ideal for vapers looking to upgrade from their electronic cigarette.  It actually does more than that, and can appeal to those already into vape mods. Due to the optional sub ohm coil, it can be a great on the go, no frills box mod to add to your stable. The only thing we take some issue with is the battery not being quite as long lasting as marketed, but that was probably due to our using a 0.5ohm coil. Still, even if it doesn’t last you an entire day, it’s still lasts a very long time. This is a wonderful little device and an inspiring creation by JacVapour. The Series S22 comes highly recommended by us, especially for those new to box mods. 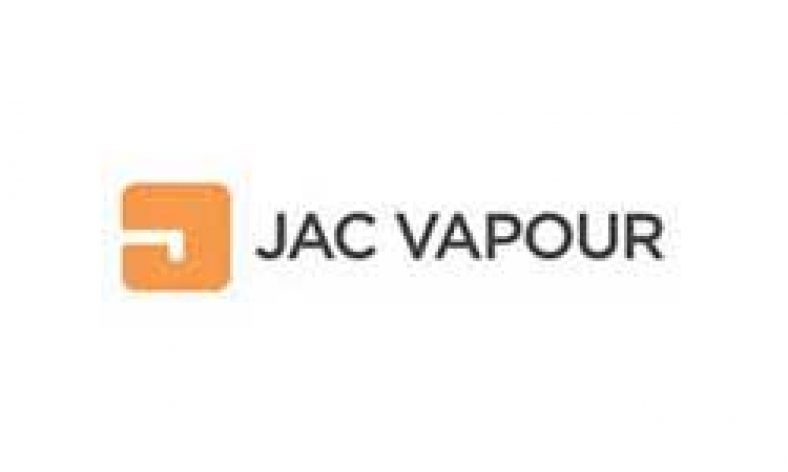