The Smok Mag has been out for a while now and it’s about time we gave it a proper review. We’ve used it and reviewed the Smok Mag Baby 50W, but we couldn’t put off a full review any longer. The truth is, since it was released the Smoke Mag 225W box mod has become one of the more popular vaping options on the market. It’s part of the reason why we hesitated – so many people know about this vape mod already. Still, for those of you who still don’t, and even those who do but want more detail, this review is for you. Enjoy it!

Smok isn’t hiding its design intent here at all. There aren’t any clever or hidden aspects that give you that “a-ha!” moment for what it resembles. No, for better or worse, this box mod is obviously a replica of a handgun. Or at least the bottom half of one. It’s also called the Smok Mag – and if you didn’t know already, mag is short for magazine (the kind that holds bullets in a gun). Where the magazine would go in on actually gun is where you’ll find the battery compartment, which is actually the perfect idea. Load up your batteries and shoo… I mean vape!

Besides looking so much like a handgun handle, the design of the Smok Mag 225W has some pragmatic aspects to it. Along one side is the big colour OLED screen, and below that are the +/- buttons, which actually have nothing to do with a gun. The fire button on the other hand, definitely resembles a trigger and is put in the exact same spot as one would be. It actually can be a little tricky, but we’ll get to that a little later in the review.

Even the build has gun aspects to it, especially since the feel so closely resembles one. It’s actually heavier than we expected, and while that may make it less portable it also feels more like… you guessed it, a gun! Okay, without driving the point home too much, you should know what you are getting into. It does feel very sturdy and the grip is absolutely perfect. The included TFV12 Prince Beast tank seems a little out of place from a design aspect, but the build is great and matches the box mod itself.

While admiring a Smok Mag box mod is one thing, putting into use is probably much more important. It would seem that by the very nature of its design that quickness should be a key aspect to its performance. Well, Smok hit the mark on that. The ramp up time is fabulous, jumping right out of the gun (see what we did there?) and getting to its maximum temperature very quickly. We’re also used to wattage amounts being well, inflated. Not the case here, as the Smok Mag went right up to 220 watts. It’s rated for 225, but that’s almost the same thing so we’ll cut it some slack.

Compared to the Baby version, we could quickly see how adding 200 more watts can make a difference, especially coupled with the Prince tank. Vapour clouds go from small and cute to large and in charge, especially when we swapped out the quadruple coil for the decuple coil. While it wasn’t on a cloud chaser level, it provided more than most vapers would desire in terms of vapour output. The great thing is that it did all this while maintaining the superb flavour that we have become accustomed to from all Smok box mods.

The Smok Mag 225W is mainly meant for variable voltage mode, at least that’s how we like to use it. It’s highly accurate in this mode and responds well. There is also a temperature control (TC) mode included, which hasn’t always been the forte of Smok. They actually did a much better job with it this time and it was more accurate, but still not perfect. TC mode is good for nickel, titanium, and stainless steel.

There are also three pre-heat modes which are nice. You can set it to soft, normal, or hard, and that will affect your first vapes. If you’re a more advanced user, you’ll be happy to know that Smok includes a TCR mode so you can customize your vaping experience even further. All in all, a nice feature set.

This is another area that Smok typically does well, and here it shines just as it did with the Baby version of this box mod. The menu is very easy to understand on that big colour OLED screen, and is very intuitive. You can get into and out of the settings that you want without any trouble at all. The actual buttons used here function okay, but they aren’t perfect.

They are still way better than the fire button, which frequently gave us problems. This was almost exclusively an issue with turning on the box mod. That requires 5 quick fires in a row, and we just couldn’t get it to work all the time. We assume part of the reason for it is the design of it being a trigger. It works great and is quick to fire when you want to vape, but it doesn’t register as well when you are turning it on. It’s not the end of the world but it can be annoying and takes some getting used to.

The Prince tank has always been a favourite of ours, especially when it comes to ease of use. Taking it apart to change coils is simple, as is refilling the e-liquid. To do so, you make use of the easy-fill design which involves pushing aside the drip tip to reveal a hole. Once done filling, slide it back into place. Simple.

These days this kit goes for only £51.87, which is definitely lower than when it first came on the market. It’s a very good value considering the wattage and the inclusion of the very good Prince tank.

Picking up the Smok Mag 225W box mod you can instantly understand why it is a fan favourite. Who wouldn’t want to play with a gun but actually just have vapour aside? It’s a fun design for gun enthusiasts, gamers, or really anyone. Well, maybe not anyone as we’re sure some activists aren’t thrilled about it. Still, it feels great in your hand, has a nice weight to it, and is really easy to use.

The only big flaw is that trigger, which can be problematic when turning it on. It is something you get used to and thankfully it doesn’t cause any problems for when you use it to vape. On the contrary, the design works in your favour there. Combined with the Prince tank that we have always been fond of, this is a box mod that is a fit for most any vaper. Whether you are new to vaping or have been at it a while, we’re sure you’ll enjoy the Smok Mag 225W kit as much as we did. 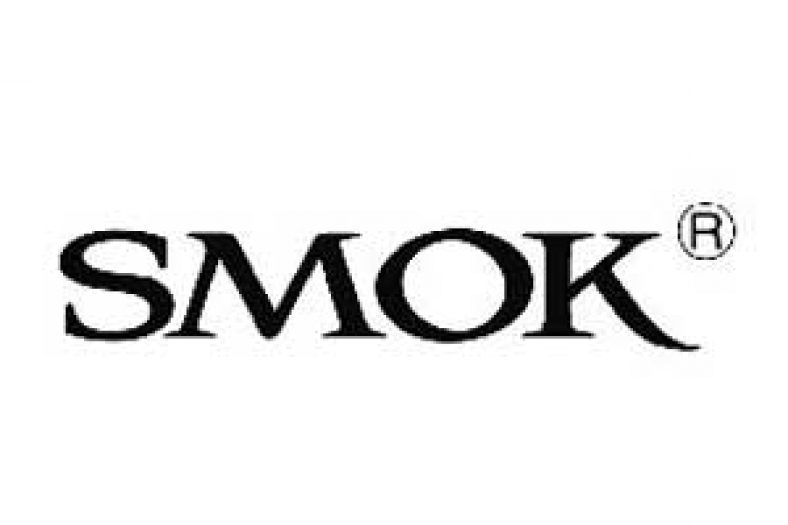